Canterbury Clothing Company, known for its stylish and durable athletic wear, was born in 1904 in Canterbury, New Zealand by three English natives who first began creating woolen garments to meet the rugged landscape of their new home.  It wasn’t long before the country’s beloved All Blacks took notice and looked to the company to design a kit that would withstand tough play on the rugby pitch. Since then, CCC has become one of the largest rugby-dedicated brands in the world. 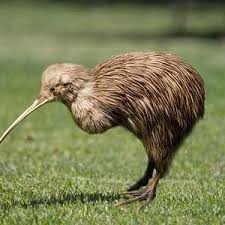 In 1915, CCC began producing hard wearing apparel worn by the Australian and New Zealand armies in WWI. After the war, CCC quality apparel caught the attention of the nation’s beloved All Blacks rugby team. The company began designing the team’s kit, initiating a partnership that lasted over 75 years.

Aside from the All Blacks, CCC has worked with many club teams at the grassroots level of the game.  The quality of the clubs’ jerseys got the attention of rugby teams from other nations and soon those organizations looked to Canterbury for their gear.  Hence, CCC spread it’s wings and flew around the world.

A key element to Canterbury’s success has been its focus on improving the game of rugby through gear innovation, while adhering to the tradition of rugby.  The company has engaged players for advice and as a result made technological advancements in design to enhance play such as a loopy collar (1949), a rubber button (1974), base layer and compression ranges, and Vapodri technology.  With such designs and the motto, “Committed to the Game”, CCC has made its way across the globe.

In 2005, Canterbury created its lifestyle collection for off field wear which is now worn for leisure all over the world.

2007 brought the introduction of the new rugby world cup jersey with designs for specific positions. This innovation captured the eye of big teams around the world.

In 2015 and again in 2019, CCC was the official sportswear supplier of the Rugby World Cup.