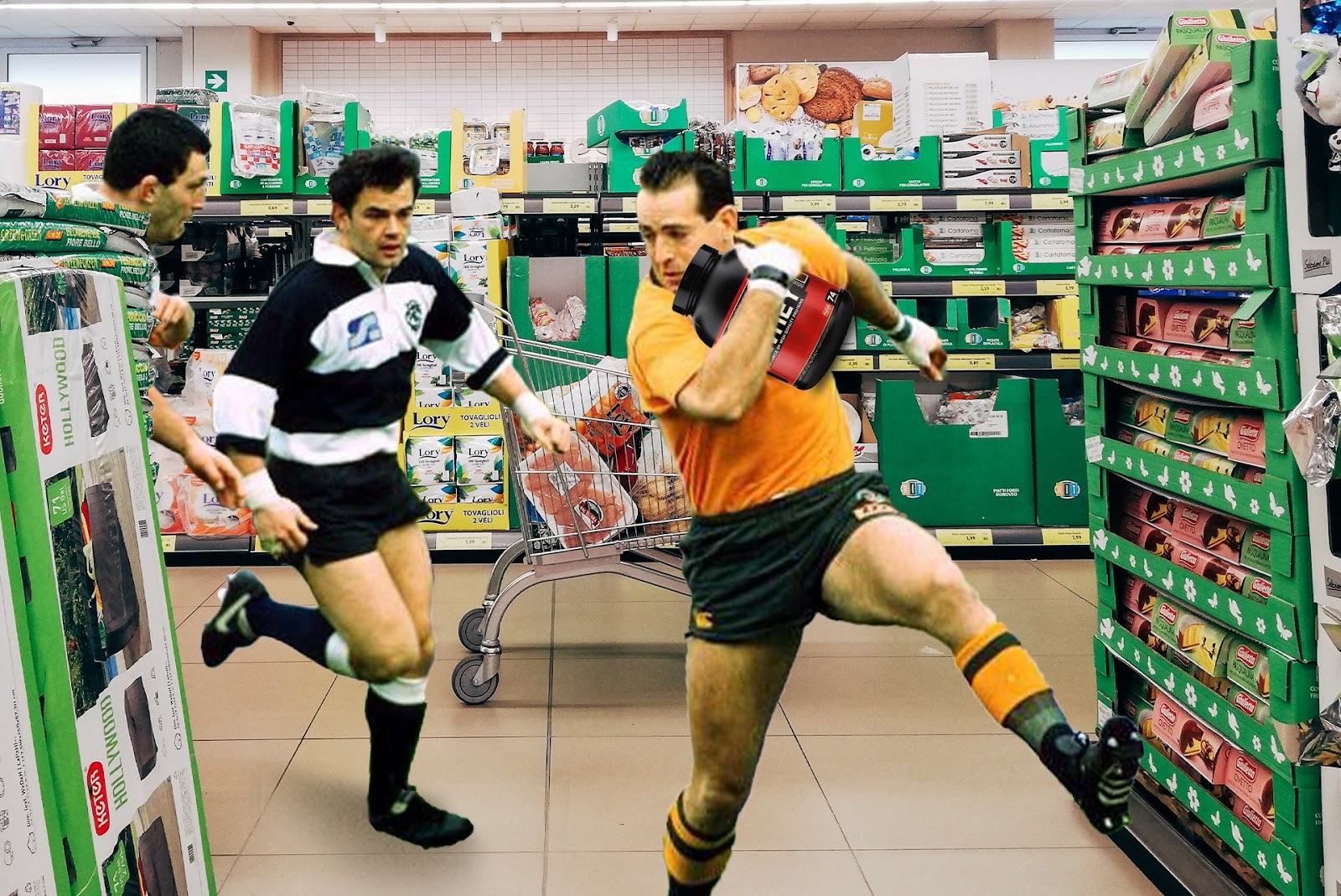 You stand up from your chair and promptly walk to the kitchen. It has been a good morning of watching Super Rugby Aotearoa highlights. You know you should be sad about the world crumbling around you, but there is just something about the way the New Zealanders play rugby that makes you think everything will be okay. You put the kettle on; coffee is needed. While waiting for the water to boil, you wander around the kitchen with your mind still lingering on the rugby highlights in the room next door. Without thinking, your body starts to pulse with anticipation. All of your fast-twitch muscles vibrate, and I mean all of your fast-twitch muscles. And then it happens. You didn’t mean for it to happen but it happens. You goose-step across the kitchen floor, sidestep an imaginary defender and then give a Sonny Bill Williams-esque offload into thin air.

You drop down to your knees and sob. You can’t believe that you involuntarily goose-stepped again. It is now officially a problem.

What is it that makes all rugby supporters do this? Why do we always feel obliged to haphazardly goose-step past inanimate household objects at random?

According to RossRugby.co.za, “The purpose of the [goose-step] is to change the speed of the attacking player, therefore disrupting the timing of the defensive players.”

“It was used by David Campese very effectively when he’d break the first line of defence and find himself in open territory being chased by the cover defenders.”

But while that is all good and well on the rugby field, breaking the first line of defence and finding yourself in open territory doesn’t necessarily help when you are looking for pre-made pasta sauces in your local grocery store. However, that still doesn’t stop a person from spinning 90-degrees, turning on the afterburners and sprinting down a shopping aisle for absolutely no reason.

“Sometimes you just hit a certain angle in the house where it just feels like a line-break,” he says, “and then adrenaline takes over.”

Next second you are bursting through the open doorway in an imaginative double tackle-bust. Excellent play.

Marcus Nel (22), a celebrated student-personality in Stellenbosch, South Africa, attempted to understand the concept of PDGS (Public Displays of Goose-Stepping) by telling me a story. A while back, he was walking out of a supplement store with a tub of protein under his arm. There was something about the cylindrical, rugby ball-shaped protein tub tucked under his arm that sent waves of familiarity through his body, ultimately causing him to embody the spirit of Quade Cooper while walking on the pavement in full view of the public.

What was it about having protein tub under his arm that made him spring forward in an evasive rugby manoeuvre? Why was his body so easily activated by the muscle memory invoked by the weight of the Gold Standard Whey protein held to the side of his body?

Matt Gallow (23), an ex-Paul Roos First XV player and scorer of the 8th best try in South African Schoolboy Rugby in 2014, explains that it is a mixture between practice, instincts and nostalgia that causes the body to execute spontaneous rugby techniques in public.

“For me, I often replay a clean line-break from high school where I only had one defender to beat and I messed it up; therefore, I practice the 'goosey' for the next time I might be in that situation,” says Gallow, gazing up from his desk where he spends his days working for PricewaterhouseCoopers while thinking back to his pre-knee injury rugby career.

“For others, maybe it reminds them of an u14D try they scored at 8 a.m. on a Saturday once?” he continues.

From these very unsure deductions, I can semi-conclude by saying that performing a goose-step in public can’t harm anyone. If it makes you happy then continue lurching around like a rugby-inspired Monty Python skit and live your life to the fullest.